There are several models of roadside W-Beam terminals available today, and they are distinguished by various features. One of the most important, fundamental distinctions to be made between them is whether they are energy-absorbing or non-energy-absorbing.

Conditions at the installation site are the determining factor on which type of terminal is most appropriate. Designers who call for these terminals MUST be made aware of these impact performance differences.

To supplement these FHWA guidelines, Road Systems Inc. is offering the following resources: 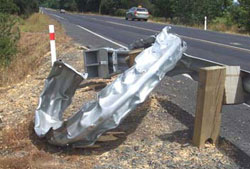 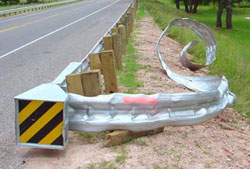